The Isle of Gigha is a small island off the west coast of Kintyre, Scotland with a population of around 160. In 2002, the islanders came together and secured community ownership of the island.

When Gigha was put on the market in 2001, the community came together in 2002 to form the Isle of Gigha Heritage Trust (IGHT).

Within a year, they were able to put together the initial £1,000,000 needed to repay a loan from the Scottish Land Fund for the island, and raise more than £4,000,000 in subsequent years.

Jane Millar is the Development Manager for the IGHT and has worked for the Trust for 2.5 years. There was a time when the IGHT employed a Trust Manager who had the final say on all decisions. However, it quickly became apparent that this type of leadership structure was not effective for Trust as it was difficult for one person to possess all the skills necessary to do a good job.

When it comes to decision making, IGHT is run by a board of directors. However, the Trust also brings in people with different skill sets through co-opted directors who are neither island residents nor members of the Trust. Because of this, the Trust has the ability to work with a range of individuals with backgrounds in areas such as law, finance, community development etc. This ensures balance across the board and helps with decision-making and leadership.

At staffing level, the IGHT also takes a collective leadership approach. Staff are responsible for specific areas within the Trust such as housing, development and office operation. All decisions are discussed during the monthly board meeting which allows collective decisions and takes the responsibilities off individuals.
The IGHT also involves a lot of community consultation. The community feeds into the decision-making process and are given the ability to provide feedback on projects. Jane understands the importance of sharing responsibility in order to ensure the sustainability of the Trust, particularly from a community perspective.

The IGHT is responsible for and to the community and if one person is left to make decisions that end up being controversial, the blame can become quite personal. It makes things easier for the Trust if there is a collective decision from the board, that in turn makes the community feel a bit more confident in the decisions that are being made on their behalf.

Young people are also given a voice through the IGHT, as the Trust provides young residents of the island to create what they call ‘The young board’. The Young Board is made up entirely of young people and is involved in a number of projects. These projects included, renovating an old cabin to create a fun, social space for young people to meet outside of school and work. Jane believes it is very important to give young people a voice as they can often bring a different viewpoint to the table.

Unfortunately, there are also a number of pitfalls that organisations can fall into which can result in collective leadership structures failing. Based on experience, the IGHT has found that getting a decision can be quite a lengthy process. This is not due to a conflict of interest but rather because there are so many people to consult with in order for a decision to be made.

Another possible challenge can occur when the right people are not involved in a collective structure. Previously, the IGHT had directors who did not have the same goal in mind for Gigha and it made decision-making very difficult. It is important to understand these challenges in ensure the success of future collective leadership.

Another important aspect of collective leadership is regular periods of reflection. At staffing level, IGHT have annual appraisals which serve as reflection time to look over the events of the previous year. Jane also has an appraisal after the completion of each task which to discuss how the project went, what worked and what could have been done better. While the board do not often reflect on their decisions or projects, they understand the importance of reflection and express that this is something that could be extended for board members as well as staff.

More information about Isle of Gigha Heritage Trust can be found here. 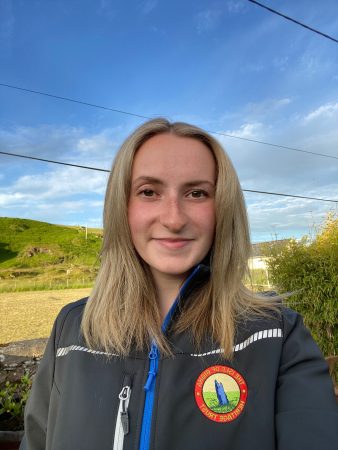