The brutal death of George Floyd in May this year affected many, including a family who felt they had to act. Having lived in Minneapolis, where George Floyd was killed, they launched the website 846 Solidarity. 846 represents the 8 minutes and 46 seconds in which a police officer leant on George Floyd’s neck, causing his death. Jakki Spicer, Andy Lambert and their daughter Billie hope to inform people and raise awareness of the discrimination and racism that many people face.

“We are not experts. We, like many around the world, watched what happened to George Floyd in Minneapolis with horror and outrage and felt we had to do something.” – 846 Solidarity 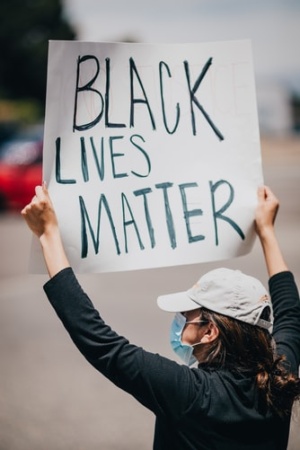 Now living in Oban, Argyll, they feel that the history of racism and Scotland’s links to the slave trade should be a mandatory topic taught in schools. A great way to act now, is to write letters to government officials, schools and local newspapers. Act with organisations working for racial equity by volunteering, donating and spreading their messages.

846 Solidarity have been working closely with Black Lives Matter Oban, a group who are helping raise awareness and are also in support of those who have been affected by racism.

The website 846solidarity.org provides resources on how to learn more about what is going on in the world. These include articles, podcasts and videos, as well as the story of what happened to George Floyd, and  regular updates of anti-racism efforts currently happening in Scotland,  such as support for BLM and Scotland’s involvement in the history of slavery.

For more information about how to learn, act and any questions you may have,