“Working for All the Communities of Assynt”

Assynt is a sparsely populated area in the south-west of Sutherland in the Scottish Highlands. It has a population of around 11,00 and is an area which has become dependent on tourism as its main income.

Due to the creation of the Northwest 500 driving route, Assynt has had a massive influx of visitors passing through the parish which has put exceptional demands on the area.

The NC500 has served to show that the infrastructure in the Northwest is particularly weak, underfunded and in most cases not fit for purpose in this day and age. The area has a lot of single-track roads and passing places which makes travel to and from the area very difficult. A map detailing the population of Assynt per postcode.

Ewen McLachlan has been employed as a development officer with the trust for 3 years. He works part-time and shares this role with his colleague Adam Pellant. Ewen says that his role is mostly concerned with overseeing the tourism aspect of the post in addition to development opportunities, environmental issues and housing.

The Assynt Development Trust is mainly run by staff and a volunteer board. Occasionally they will put out calls for volunteers and to assist in tasks such as moving visitor’s centres to other locations or organising beach clean ups. But the responsibility mostly falls on the shoulders of Ewen, Adam and the more proactive board members.

In terms of deciding who takes on what role, Ewen says that this usually falls into who’s interested and what level of expertise or knowledge that they bring to the table. Ewen’s colleague is very good at fundraising and planning legislation, so he usually takes the lead on projects involving those aspects. As officers, Ewen and Adam work directly with the board with chairman Willie Jack and set out plans for what they are going to be working on over the next 3 months to 6 months. They’ve currently got a number of projects on the go which are all geared towards delivering community benefit.

However, Ewen says that unfortunately, they are experiencing volunteer fatigue, as is the case amongst many community organisations and they only have a limited number of hours per week to get things done. Where the board members can help, they do, but when they have no time for it, it falls to Ewen and Adam.

Despite this, Ewen and Adam work well together in their joint role and can work effectively to deadlines. Ewen is appreciative of the fact that Adam and himself have a fair bit of autonomy within the Trust, but they do keep the chair up to speed with their progress. Ewen stresses the importance of sharing responsibility within community-led organisations but says lack of funding can make it difficult to bring in more help. 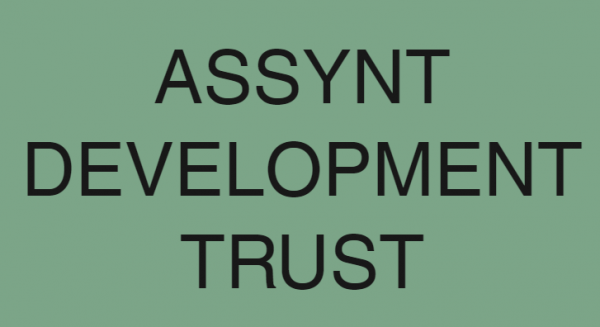 Assynt Community Association began operation in the 1950s and was created to serve the communities and townships of the Parish of Assynt. The organisation achieved charitable status in 1975 and in May 2018 underwent a name change to become Assynt Development Trust (ADT).

The larger communities in the parish covered by ADT activities are Drumbeg, Inverkirkaig, Elphin, Lochinver, Stoer and Unapool.

In terms of leadership, the Assynt Development Trust operates using a collective leadership structure. Collective Leadership typically describes the distribution of power within an organisational structure. The Assynt Development endeavours to get younger generations involved in their projects. However – like many rural communities – Assynt has an elderly population. Ewen says that one of the main worries is that Assynt, like much of the Northwest of Scotland is in danger of becoming a ‘semi-retirement community’ and the area is forecast to have lose between 15% and 20% of their working age population by 2040.

According to Ewen, the board would really benefit from individuals in their 20s and 30s coming on board. However, it can be difficult for people of this age to find housing in Assynt as houses are few and far between and those on the market are often too high for locals. In addition to this, younger people are usually busy working long hours and any holidays they have are spent elsewhere.

Ewen has recently been exploring the possibility of creating a mentorship program which would hopefully bring in some younger people. This would allow those still in education to work with members of the Trust to learn about governance and see a community board in action.

Another issue which the Assynt Development Trust is looking to manage is the lack of public transportation in the Northwest of Scotland. Ewen would defend the NC500 as it has created a lot of tourism business in the area and has gone into making around 170 -175 full-time equivalent jobs. The establishment of the NC500 route has also highlighted the need for better public transport links in the Northwest. Currently, the NC500 is not possible using only public transport and there’s a gap in the middle that would leave the passenger with a £40 taxi fare.

The Trust also developed a scheme which allowed chemical toilets from motorhomes to be emptied safely and hygienically. Due to the NC500, there were many incidents of people dumping their chemical toilets at the side of the road. The Trust has had a long-drawn process in getting the Cludgie Project up and running with regard to the statutory bodies involved, notably Highland councils planning department, Scottish Water and SEPA which involved placing a chemical waste disposal unit in the community-owned leisure centre car park. As part of that arrangement, the Trust are also renovating the car park and improving previous drainage issues.

Ewen and Adam try to make time for regular periods of reflection though it is very informal. They tend to create reports which detail what they’ve been working on recently and then these reports are sent over to the board and their funders. Following this, there will be a board meeting and an evaluation process to look into what worked, what didn’t and how smoothly the project ran overall.

Ewen understands the importance of regular reflection and Adam and himself build an evaluation process into every successful bid they make. This means that their funders such as HIE know exactly what they’ve done and are able to see if they’ve reached their targets. Ewen describes this process as being organic and informal as it is just something that is built into their working practice.

According to Ewen, he considers working towards small victories as success factors within this type of leadership structure. Since the Trust was formed, they’ve achieved a number of ‘small victories’.

The Trust was able to raise funds for deer fences to be placed around a community-owned park in the local area. This fence stopped deer getting in and defecating over the grounds whilst also preventing ticks from being carried in. Ewen says that while a small deer fence doesn’t sound like a lot in the grand scheme of things, the knock-on effect is that kids can play somewhere that’s clean and tick free. He says sometimes it’s about those small victories and moving onto bigger achievements for the community.

Ewen also stresses the importance of collaborating with a number of partners to ensure the success of a collective leadership structure. The Assynt Development Trust collaborate across the board with multiple partners and as a result, are able to get things done easier with all these people on board rather than going up against them. However, he does say that this can be a long, arduous process sometimes. In terms of challenges, Ewen cites some of the rules and regulations that come with land development as being the biggest issue in operating under a rural collective leadership structure. Despite these rules and regulations being in place for the right reasons, being so remote and rural makes things very difficult. He says you do need to evaluate the worth of cutting a corner here and there, particularly when your community is under as much pressure as Assynt is.