The Dufftown & District Community Association (DDCA) was set up in 1995 as a registered charity. The main aim of the association is to make Dufftown in Moray as good a place to live as it can be. They have 6 overarching themes which work in different ways to make vital improvements to Dufftown. These themes include, ‘Improving Prosperity’ which is achieved through the operation of Dufftown’s local community food larder which helps to both reduce waste and serve the community.

Another theme that the DDCA works towards is ‘Outdoor and Amenities’ which is achieved through the Dufftown Community Bike Hub Project. The DDCA have a variety of 24 bikes with 10 that have been out on long-term loan to key-workers and the rest being available to locals and visitors to rent. Anyone who would like to rent a bike is welcome and they have a wide variety of bikes available including, e-mountain bikes, e-hybrid bikes and bicycles for children.

‘Heritage’ is also an important theme for the DDCA who take responsibility for the maintenance and running of the local Clocktower. They purchased the clock tower from Moray Council in 2020 and are currently working on its repair. 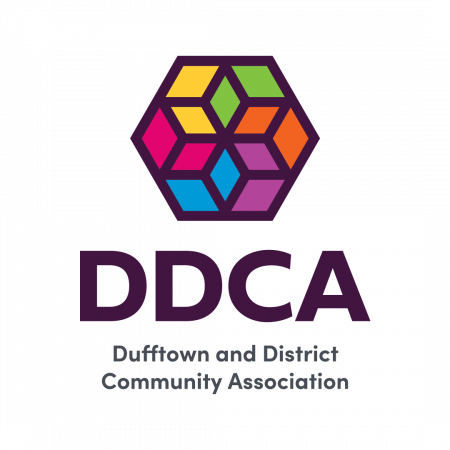 In terms of organisational structure, the DDCA have a written constitution and a board of trustees in addition to their members. Viktoria Eriksson is the Community Development Leader of the DDCA and is the only person currently employed by the organisation. Viktoria joined the DDCA in Feb 2022 and her main responsibility in this role is to work on expanding the charity and make it more financially sustainable. They have some volunteers for certain projects but are always looking for more volunteers as they are often hard to get. At the moment, Viktoria is working on a strategy to engage their members more and get more volunteers. 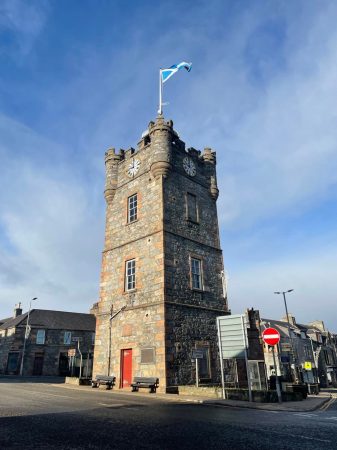 It is of vital importance to the DDCA that community voices are included in all their work. In 2020, the organisation contacted a consultancy who agreed to create a community action plan for Dufftown. This involved creating a survey that was distributed to the various community groups within the area. As this was during the Covid-19 Pandemic, consultation had to take place entirely online. In total, 20 groups were involved in the community action plan. This consultancy work ensured that community groups and individuals were working together towards a common vision. Viktoria stresses that it’s good to have a strategy as it allows for a bigger impact.

The purchasing of Dufftown’s Clock tower was also made with community consultation incorporated. The Clock tower was originally run by Moray council but had lay vacant since 2014 due to it being dangerous to be in the building. The clock was shut down in 2017 due to budget cuts and there was up cry within the town as a result of this decision. The DDCA arranged a public meeting where they discussed a range of options for how the community could move forward. This culminated in a vote with the majority of voters being in favour of some form of community asset-transfer. In the beginning the DDCA only planned to take on the running of the clock. However, in 2020 they decided to purchase the entire clock tower. DDCA currently pay £500 per year in electricity bills towards the running of the clock.

The DDCA look to involve younger generations involved in their projects. During Lockdown in 2020, the DDCA worked with Speyside Youth who helped them to produce a video. The young people were given a brief that detailed what they were looking for, a video which would showcase their new website and Dufftown in general. Speyside Youth received some help from a professional videographer but were given permission to run with the concept without much intervention. 4 young people and a youth worker created the final video which can be viewed below. This experience was valuable for the young people as it gave them something safe to do during Lockdown and provided them with skills around media content creation.

Young people were also involved in some aspects of the Dufftown Community Bike Hub Project. The DDCA wanted to ensure that the local bike paths were signposted better. Speyside Youth worked with one of DDCA’s trustees by cycling around the local area and scoping out the routes. Viktoria says that they are keen to involve Speyside Youth in future projects.

The DDCA works towards being environmentally sustainable in a number of ways. They run a local food larder which receives expired food from the Co-op at the end of each day. Viktoria says it is both shocking to see how much goes to waste but wonderful that it is used to serve a need within the community.

The organisation also has an electric car which they use to deliver food to the larder. Previously, the deliveries were made using a diesel car which belongs to one of their trustees but with the electric car they have now reduced their carbon footprint while promoting a sustainable travel pattern. As Dufftown is a rural area, transport is a key issue and the DDCA would like to be a part of creating a model shift to a greener way of transport. They are currently in the process of making the electric car available to rent by anyone in the community.

The Bike Hub is another project with environmental sustainability at its heart. Providing electric bikes to the community and visitors alike promotes active, carbon-neutral, travel. To increase the impact of the Bike Hub, DDCA has recently worked closely with other organisations who hold similar values.

In August 2022, DDCA partnered up with Dorenell Ranger Service, Outfit Moray and Cycling UK to deliver a led eBike ride in the Cabrach. Some of the participants at the event had not been on a bike for 30 years and the event increased their confidence in cycling. DDCA felt this was an excellent example of how collaboration can lead to much wider impact than working on your own. 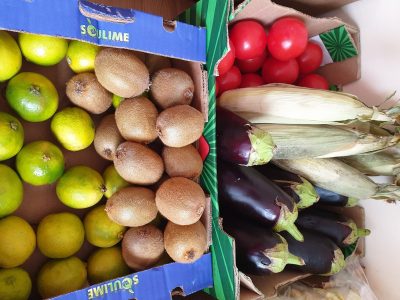 Some food available from the DDCA’s food larder. 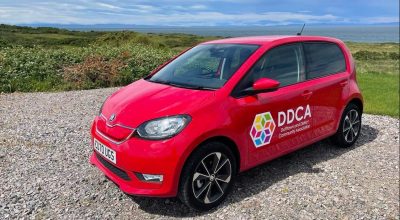 The electric car that the DDCA use for food deliveries. 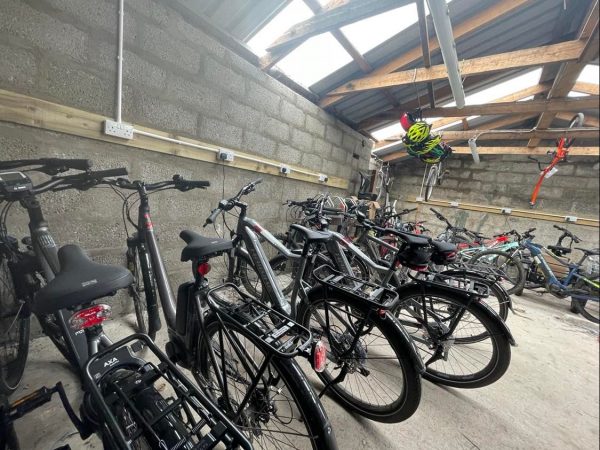 Some of the e-bikes available to rent from the DDCA. 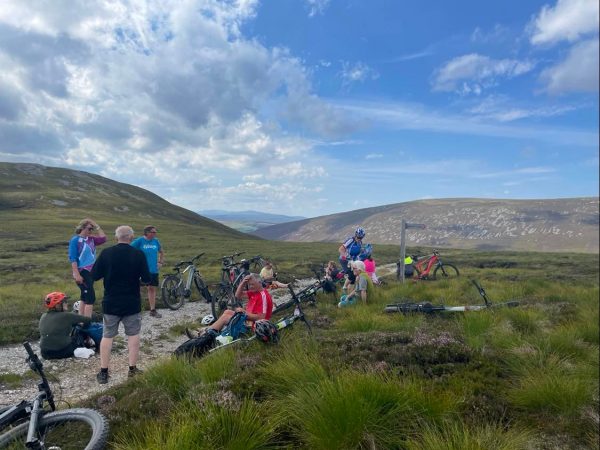 Some happy bikers using the e-bikes.

DDCA do take time out to reflect on each tasks and project after completion. They are constantly evaluating their own governance and structure and Viktoria is currently working on an action plan for the coming year. She ensures that quarterly review are carried out for each DDCA project in addition to a larger annual review of what has worked and what hasn’t over the past year.

Viktoria understands the importance of regular periods of reflection and says that she finds SWOT analyses to be very useful in identifying weaknesses and gaps in your working, as well as keeping focused on your goals.

In terms of future plans, Viktoria is working on a business plan concerned with the restoration of the clock tower. The DDCA have also completed an options appraisal of the clock tower and are looking at ways to keep the building running by having a few viable income streams.

DDCA is also continuously monitoring and evaluating other projects, such as the Bike Shed and the food larder. Viktoria is currently exploring options to maximise the use of the bikes in a way that  benefits the community.