South Ayrshire Community Transport Hub (SACTH) are a community transport organisation who serve both urban and rural areas within Ayrshire. SACTH hires out vehicles with or without drivers to community groups and organisations. In addition to this, they also run excursions and shopping trips for the elderly and disabled. Their scheduled bus service runs 4 days a week between Barr and Girvan.

In terms of leadership, SACTH uses elements of a collective leadership approach. Collective Leadership typically describes the distribution of power within an organisational structure. 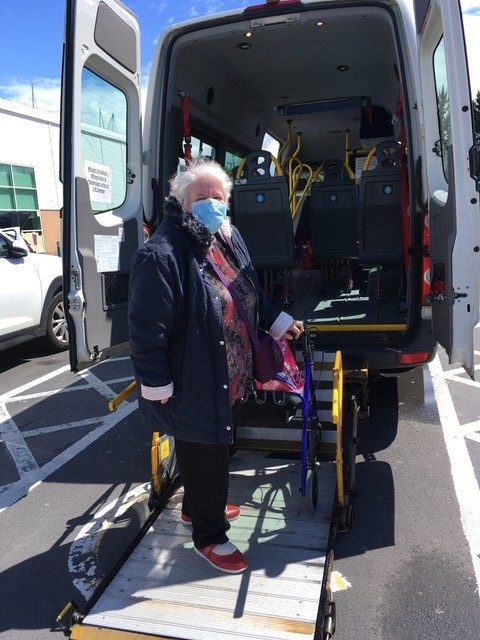 SACTH also ensured that their transport links were well equipped for disabled persons and wheelchair users.

One of the cars used in the SACTH car club.

As SACTH operates using collective leadership practices, it is common for members of the organisation, be they volunteers or staff members, to share certain responsibilities. Catriona says that while she doesn’t negotiate or delegate sharing responsibilities, oftentimes, team members will take their own initiative in certain situations such as when a vehicle breaks down.

As the SACTH team is made up of people with varying skills and expertise, Catriona allows those who know more about mechanics to make their own calls on what should be done if a vehicle is needing work done. Catriona says this is all down to knowing your team, what they can do and where their weaknesses lie. She sees sharing responsibility as important as it makes every member of the team feel involved and important and in turn, makes them very keen to see everything working effectively.

In terms of reflection, Catriona says that SACTH don’t allocate time specifically to reflect on their previous work. However, she says that once a month the office team and some of the more senior drivers will sit down and discuss what worked and what didn’t. She admits that they are usually more concerned with making sure the transport services run smoothly which can detract from daily reflection.

Catriona Haston has been with SACTH for 5.5 years now, first as Transport Coordinator and then as Transport Manager for the last three years.  One of the first projects she oversaw after coming on board was to set up The Rural Connect Project. This project was created to tackle the lack of community transport in the rural regions.

Those involved in the hub were aware that many people living in rural areas within Ayrshire were not getting out the house at all despite a number of social clubs operating to combat loneliness and isolation. For whatever reason, many people were not physically, mentally and/or emotionally capable of getting out and about. Catriona devised a way of getting people to lunch clubs once a week by setting up a transport service. SACTH also ensured that their transport links were well equipped for disabled persons and wheelchair users.

SACTH also undertake some contract work for the local council by helping additional support needs pupils to use public transport safely and confidently by the time they leave high school. They started off with a people carrier and an escort, then they dropped the escort and arranged for specific pick-up points. Then they moved from the smaller people carrier to a bigger minibus so that the pupils were used to getting on and off. After working effectively for a few years, SACTH expanded on the project and are now supporting more than one academy.

Another project SACTH undertook was to start up a small Electric Car Club with funding from Scottish Power’s Green Economy fund.  This was to serve two areas of multiple social deprivation and has been running smoothly for some time. 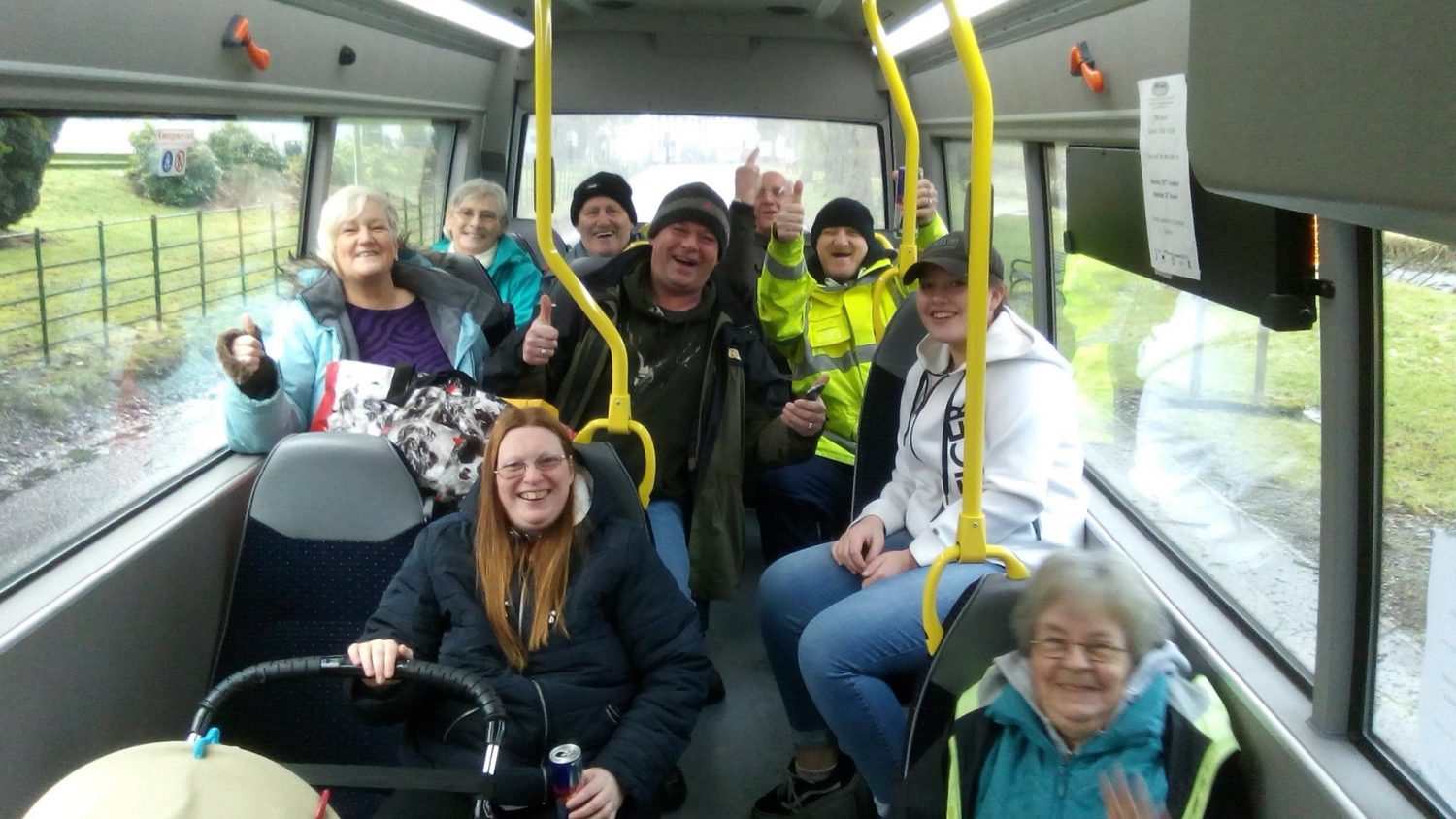 One of SACTH’s buses full of passengers.

Catriona discussed how it is the aim of SACTH to include and involve younger generations in their projects, however there are certain obstacles in their way. To drive the bigger busses, you need a D1 on your licence. Prior to 1997, every ordinary licence automatically came with a D1. However, if you gained your licence after 1997 then you must do additional training to obtain a D1 and become a bus driver. According to Catriona, this training can be rather intensive and costly which puts some young people off learning.

Catriona thinks that these added restrictions on younger people are unfortunate as SACTH would love to have more young people on board. She says that young people provide the team with a different perspective and add diversity.

When asked about the certain factors that make collective leadership more likely to succeed, Catriona stressed the importance of having a shared goal in mind. She also outlined the importance of ensuring that all members of the team understood the aims of the organisation and what they stand for. Similarly, challenges can arise when there isn’t someone supervising the project with a calm and collected outlook.