This year’s Social Enterprise World Forum (SEWF) was held in Brisbane, Australia. Community Enterprise in Scotland (CEIS), in partnership with SEWF via the International Social Enterprise Observatory (ISEO) were able to support delegates from the Scottish third sector to attend SEWF22 in-person. Included in those receiving support is Aimee, our Rural Social Enterprise Coordinator. 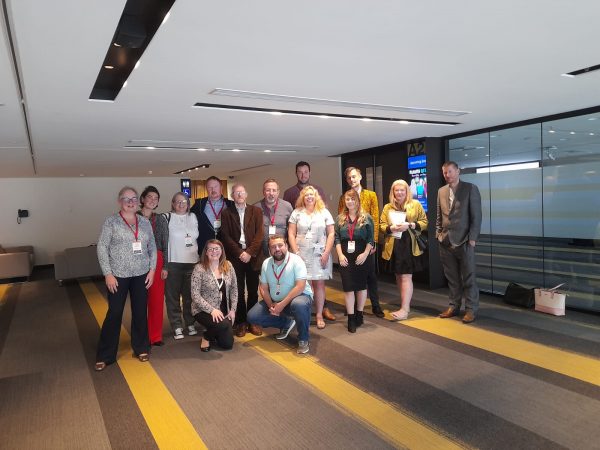 The official second day of SEWF took place on the 29th of September 2022 and was held in the Brisbane Convention & Exhibition Centre (BCEC). Co-hosted by Whitebox Enterprises, this two-day hybrid experience included over 2,700 participants, 100+ speakers and 70 sessions, making it the largest gathering of purpose-driven local and international changemakers in 2022.

The morning began with a breakfast meeting between the members of the Scottish and Dutch delegations. During the breakfast, attendees discussed social enterprise updates and plans for SEWF 2023 which is due to be held in the Netherlands. 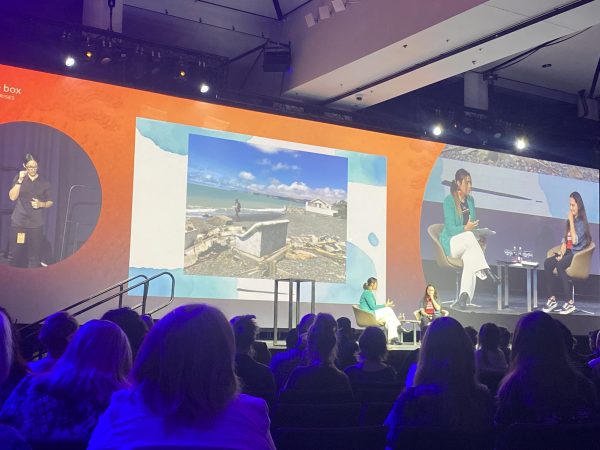 Participants had the choice of attending several sessions throughout the day which addressed a number of different topics and issues. The opening session featured a fireside conversation with India Miro Logan-Riley, a young Māori climate activist. The session was extremely thought provoking as India bravely discussed the feelings of displacement that her community were feeling as a result of climate change.

The third session of the day was titled ‘Rural social enterprise: approaches to start-up and growth’ examined social enterprise start-up and growth in rural and remote areas and how it requires an approach and a mindset that understands the rural context. Matt Pfahlert from Acre discussed how the community purchased the old jail building in his hometown of Beechworth, where the Rural Gathering was due to be held later that week. 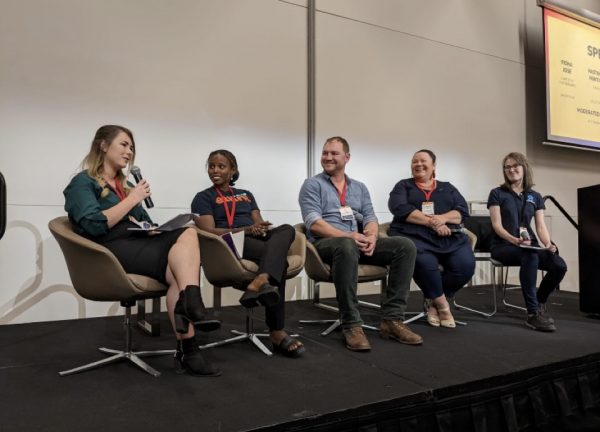 After lunch, there was a ‘Networks beyond SEWF: state and territory social enterprise network meet-up’ held in the Ballroom which allowed participants to make connections and add to their networks.

Aimee was a speaker at the next session which was titled ‘Jobs as a pathway to economic inclusion – stories from the frontline’. This session discussed how global skills shortages are one of the most urgent and pressing issues for society and looked at how social enterprises were tackling barriers to employment for those furthest from the labour market. Aimee was quite nervous but felt comfortable talking after a few minutes.

The fourth session of the day was titled ‘Climate emergency: what role will social enterprises play?’. This session stressed the need for quick action to tackle climate change and made it clear that we must all be part of the solution while looking at what more can and should be done at the individual, organisational and community level. 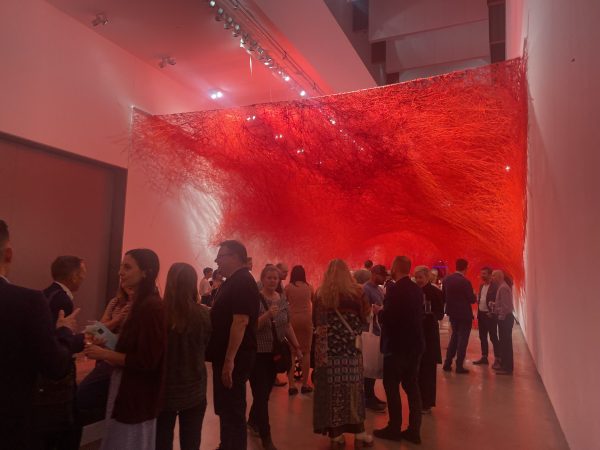 SEWF Afterparty in the GOMA.

To close the SEWF there was a fireside with Daniel Flynn, one of Australia’s leading social entrepreneurs followed by the SEWF22 Closing Ceremony and Handover. During the handover it was announced that the next SEWF would take place in Amsterdam.

An Afterparty for the SEWF was held that evening in the Brisbane Gallery of Modern Art which was well-attended and enjoyed by all of the Scottish delegation.